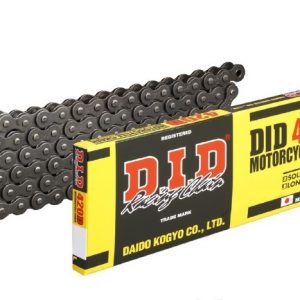 DID 420D:?As a successor to the tried and tested 420 standard chain, the 420D used a new technology for manufacturing the rollers.

Up to now, the rolls of sheet metal strips have been wound, resulting in a seam and thus a weak point.

Thanks to the new technology, the rolls are made of round material and a sewing area is thus avoided.